How to Overcome Creator’s Block and Start Any Project 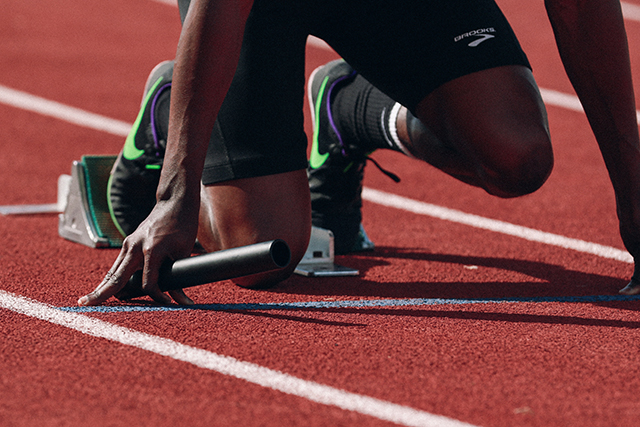 If you’re like me, then the greatest barrier to undertaking any creative project is getting started.

I’ve been known to spend weeks, if not months, researching a topic and obsessing over minutiae before making any significant progress. The creation of this website is a testament to that. It took me almost an entire year to start building it — 10 months and 30 days to be exact.

Take a look at the screenshot below.

I purchased my domain on November 5th, 2016, but didn’t officially launch my website until October 4th, 2017. You would have thought I was building the world’s most complex website. I wasn’t. It actually only took me about a month to build the whole thing. The other ten months were spent lamenting about “creator’s block” and researching my way into paralysis analysis. Dreadful.

So what changed during that last month?

I took a hard look within and was honest with myself about the reality…I was afraid. Starting meant committing, and committing meant sharing my work. What if no one liked it?

Fear was holding me back, not creator’s block.

Was I going to let fear keep me from creating good work? Hell no — and neither should you.

I decided to work with that fear and became obsessed with engineering a process that would make it easier for me to start. Below are the exact steps I took to make that happen. I think you’ll find them useful.

Put pen to paper, lens to subject, brush to canvas. Whatever your medium, DO IT. Act. Make something.

Too often our projects sit idle while we wait for a stroke of creative genius to hit us. While we search for inspiration. While we wait to get “unstuck” and for the creative block to go away.

But the reality is, there is no creator’s block. Now this isn’t to say that feeling of angst, of being stuck, isn’t real. It is. But that angst is merely unaddressed fear and a hint at undefined process. So, how do you work past it?

This past summer my CMO was scheduled to deliver a big speech to an audience of a few hundred. The mere thought of it made my stomach queasy for him, so I asked him if he was nervous. His response “No, not really. Nervousness is just energy”. What he was communicating is that nervousness is inevitable, but how you respond to it is a choice — after all, it’s just energy. You can choose to let that energy cripple you, or you can refocus it into excitement, or something else that better serves you.

This is probably the most crucial bit. Put time on your calendar to create, then set a deadline for when your project should be completed. Without both, you’ll never start (or if you do, you won’t be consistent), and there won’t be any urgency for you to finish.

Tomorrow sounds good in theory, but isn’t it funny how it never happens?

4. Break Your Project Down Into Parts

Paralysis analysis can kill a project before it even begins. Avoid it by breaking your project down into digestible chunks and focusing on an immediate next action that will move the project forward.

When I finally got serious about building my own website, my immediate next action was to install wordpress. That’s it, nothing else. The next step, on a separate day, was to write the copy for my “About Page”. That’s it. Breaking the project down this way made things much more manageable. I no longer felt overwhelmed by the idea of building an entire site. I just focused on completing one part at a time instead.

Be merciless about breaking projects down into next action items. Focus on one task only.

And lastly, ship your work. Share it on social, tell your friends, tell your moms, tell everybody. Some will love it and some will hate it. Others will be indifferent. Share it anyway. The world needs your work.

Is fear or “creator’s block” keeping you from starting a project? If so, share your experiences in the comments. Let’s figure out a way to work through it.